Home / News / Industry News / With the popularity of the Internet, the IT industry mold market is developing rapidly

With the popularity of the Internet, the IT industry mold market is developing rapidly

During the "Eleventh Five-Year Plan" period, with the s […]

During the "Eleventh Five-Year Plan" period, with the strong support of the state, China's information industry has developed rapidly, the mold market has prospered, the demand for IT molds has increased rapidly, and the average annual growth rate has exceeded 20%. The IT mold industry has become the automobile mold and The second major mainstream industry among home appliance molds has become an important research topic in the mold field for the regional distribution of IT molds, market research and industry development analysis.

In recent years, with the sudden increase in demand for products such as mobile phones and MP3s, many small private enterprises have emerged as the times require, and the Chinese mold market has become popular. According to Luo Baihui, secretary general of the Model Association, more than 30,000 mold manufacturers are involved in China's IT information industry. Yujia has more than 1 million employees. The concentrated areas for IT mold production in China are in the Pearl River Delta and the Yangtze River Delta. Its mold output accounts for more than two-thirds of the national output.

Looking at Dongguan in the Pearl River Delta: More than 20,000 manufacturing companies have settled here. Dongguan has formed 3 Chinese electronics in Shijie, Liaobu and Chang'an. The famous town of information industry. In Chang'an Town, the geometric center of the Pearl River Delta Manufacturing Base, there are more than 400 foreign-funded enterprises engaged in the production of this industry, more than 300 private enterprises participate in production and sales, more than 3,000 individual industrial and commercial households provide sales and services, and employees are close 100,000 people, with an annual output value of nearly 8 billion yuan, including Jinsheng Group and BBK music phones on Zhen'an Road are very popular in the market. According to Luo Baihui, the driving effect of molds on its related industries is about 1:100, that is, the development of the mold industry is 100 million yuan, which can drive the related industries 10 billion yuan, And the role of the "South China Economic Engine" plays a crucial role.

Looking at Sichuan in the Midwest: There are more than 2,000 mold companies in the province, and the annual output value of molds is nearly 3 billion yuan. The electronics industry is represented by Intel, TCL, Changhong Electronics Group, SMIC, Yuxin, Amphenol and others. Driven by a large number of IT mold companies, such as Shangming Industrial, Zhongke, Feihang, Ruifeng and other semiconductor mold companies, Herbie mobile phone molds, Baoligen precision electronic connector molds, Molex connector mold company in the IT industry It has a place with an annual output value of more than 100 million yuan.

In recent years, the product structure adjustment of the mold industry has accelerated, and the IT industry molds account for about 30% of the total mold. In 2007, the export of molds increased by 35.73%, and the deficit further declined. The replacement of imported molds by domestic molds has become a climate. From the perspective of industry structure, private enterprises have developed rapidly, the vitality of state-owned enterprises has increased, and the number and capacity of professional mold manufacturers facing the market have increased rapidly. The mold gathering production parks that adapt to the production characteristics of the mold industry have been developed, and the mold industry in the central and western regions has made great progress.

IT mold is an important basic equipment for the information industry. It is an indispensable tool for industrialized countries to achieve mass production and new product development. From mobile phones to home theaters, there are molds behind them. It can be said that IT molds are the forerunners of manufacturing. There is a "point iron into gold", the prospects of the IT mold industry will be optimistic. 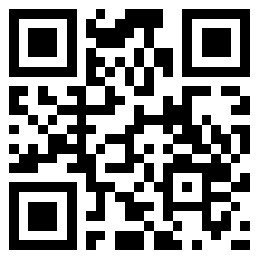